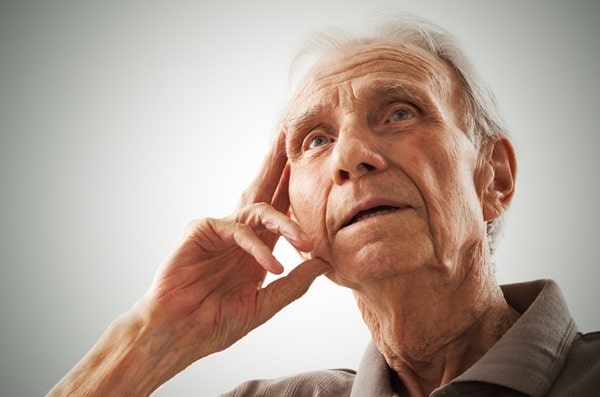 Dementia is said to be the cruellest disease because it causes two deaths: The slow extinction of the personality, followed by departure from life.

If your family member has dementia, you CAN make a huge difference. Read on.

Supporting a parent with dementia can be difficult and traumatic, but it can also be rewarding. University of Pittsburgh scientists Dr T. Inagaki and Dr. E. Orehek identified in a 2016 CDPS article that when support is perceived to be effective, the support can also benefit the caregiver, leading to reduced stress, increased happiness, and increased sense of social connectedness.

It can even forge a powerful influence on your outlook.

This article will convince you that your social engagement with your loved one is vital — especially if they are at risk of dementia.

A randomized study showed that web-based face-to-face conversation significantly increased cognitive function after just 6 weeks. The average age of participants was 80.5 years old. In contrast, the control group, who had audio-only telephone interactions once per week, did not experience the improvement. This result suggests that video conversation could enhance cognitive functions and delay the onset of dementia.

“Before and after” cognitive test scores and loneliness scores were compared between the intervention group and the control group.

Adherence to the daily conversation routine was very high, with 77% to 100% daily compliance (average: 89%). There were absolutely no drop-outs whatsoever. To help achieve such a high level of adherence, a large touchscreen monitor and a user-friendly interface were given special attention. The authors noted that compared to other stimulation methods, such as game-invoked cognitive training, face-to-face conversation is more natural, more engaging and requires less motivation.

The participants with MCI (mild dementia) improved in their psychomotor speed using assessments that included the Cogstate detection tests, as well as the trail-making A test.

The cognitively intact participants (those without dementia) improved significantly in the semantic fluency test taken at 6 weeks (immediately following the trial). The improvements also proved to be durable, as measured by the phonemic fluency test taken at 18 weeks (12 weeks after the end of the trial). The resulting enhancements in language-based executive brain function suggest that web-based face-to-face conversation can be used as a cost-effective technique for home-based dementia prevention.

Recommendation for prevention and treatment

The authors of the study suggest that user-friendly video conversation could be a useful home-based prevention approach against cognitive decline. The study was led by Professor Hiroko Dodge at Oregon Health & Science University (OHSU) and University of Michigan and was funded by the National Institutes of Health (NIH) in the USA.

Konnekt has witnessed similar results first-hand (but not in a controlled study). We believe that this will revolutionize the way we care for our elderly relatives — both those who live independently as well as those within residential aged care.

The results of the above study were so positive that Dr. Hiroko Dodge and her colleagues are currently conducting 2 new follow-up studies to measure the long-term health outcomes. These studies are quantifying the impact of face-to-face web-based conversation on the delay in Alzheimer’s Disease (AD) onset and the delay in cognitive decline of seniors with MCI (Mild Cognitive Impairment) over 5 years. The studies are also funded by the National Institute on Aging, a division of the U.S. National Institutes of Health.

How to delay dementia onset or reduce dementia risk

In summary, face-to-face social engagement is vital for those with dementia or at risk of dementia. It exercises key areas of the brain, and positively influences the other major risk factors.

Get the Konnekt white paper about 8 ways to help an elderly parent with dementia. 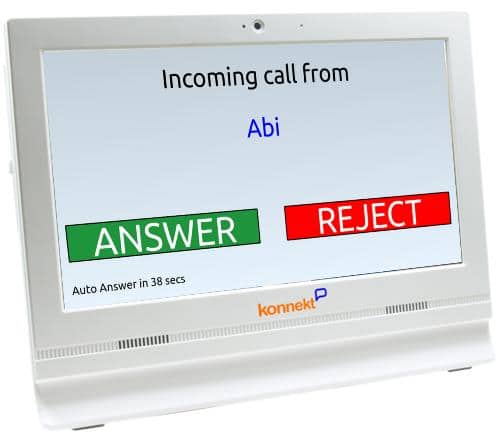 Help your family member or client

From the UK: A University of Exeter study increased the daily social interaction of nursing home residents (who had dementia) from 2 minutes to 10 minutes. This improved wellbeing and had sustained benefits! The study involved 280 residents and care staff in 24 care homes over nine months.

This is further evidence of the importance of daily social interaction!

I’m very sorry to hear about your loss, Carole. Thanks for taking the time to reply to our article. My own mother had dementia during her last couple of years and it was a difficult time for all of us. She was one of two people who were… how do I say it… the reasons for starting Konnekt, and why we are passionate about helping others who are faced with dementia. I cannot begin to imagine how it must feel losing one’s son to dementia.
I’ve shared stories from several other families here: https://www.konnekt.com.au/testimonials/

Any one suffering brain fog ,memory loss,,,Depression,falls,tremors,swallowing problems,incontinence should be screened for a vitamin b12 deficiency.How many folks in nursing homes if we’re screened ,& treated could be back home in the own environment living a full life.Unfortunately there is a world wide epidemic occurring due to a lack of medical knowledge & a flawed low range serum vitamin b12 .In Japan any serum B12 below 500 is treated resulting in very little dementia .In comparison to Australia’s low range B12 has decreased to 135 pmol/l at some laboratories which is appalling.My hubby & I are both victims with permanent nerve damage thanks to misdiagnosis.View videos on b12awareness.org to see cases of misdiagnosis & the devastation vitamin B12 deficiency causes in not only the elderly but the young folk as well.

Hi Marilyn,
Thanks for writing.
I do not have a medical background but my reading confirms your observations, as follows:
1. Internationally, the “low level” of B12 varies from 130 and 258 pmol/l while in Australia, most serum labs test for a “low level” of 220 pmol/l.
2. The incidence of B12 deficiency increases with age (>65 years).
3. Signs and symptoms of B12 deficiency can include dementia, as well as depression, fatigue and personality change.
4. There are now guidelines that recommend B12 level testing where there are signs of MCI or dementia in elderly patients.
5. Between 15% and 40% of patients with a low serum B12 reading do not actually have a B12 deficiency upon further investigation. As a result, a relatively new assay now measures active vitamin B12 levels.
6. It’s extremely rare to overdose on B12. (This is in contrast to some other vitamins, such as vitamin A, where higher doses may lead to health problems). You’d need to take over 1,000 times the recommended daily requirement.
7. Dietary vitamin B12 is obtained from animal products (dairy, meat, eggs, fish and seafood). A small amount may be obtained from bacteria found on unwashed, unpeeled, dried shitake mushrooms (as opposed to most other sorts), fermented soybean (specifically tempe), and dried purple laver (nori, or algae).
8. The authors of the article were surprised that vegans and those addicted to alcohol are not mentioned in the new guidelines.
9. There are two different units (like metric cm and imperial inches) for measuring B12 serum levels: pmol/l and pg/ml. Be careful not to mix them up.
10. Japan raised its B12 reference range to 500 – 1300 pmol/l in 1980s.
11. Some research studies suggest that in some cases, a B12 deficiency may cause a reversible type of dementia (very different from dementia caused by Alzheimer’s Disease) in elderly patients.
Sources:
Australia: https://www.healthed.com.au/clinical-articles/vitamin-b12-deficiency/ and https://mthfrsupport.com.au/2015/03/vitamin-b12-reference-range-level-set-low/
USA: https://www.ncbi.nlm.nih.gov/pubmed/15681626
My take on this: Always consult a GP/physician about your health concerns. Read respected medical websites, but never ever rely on advice that you read on the Internet. If you are a vegan or you consume a large amount of alcohol, tell your physician; he/she may recommend B12 supplements. For most of us, most of the time, we get more than enough B12 in our diets.
To repeat my disclaimer: I do not have a medical background. Always consult your GP/physician for medical advice.